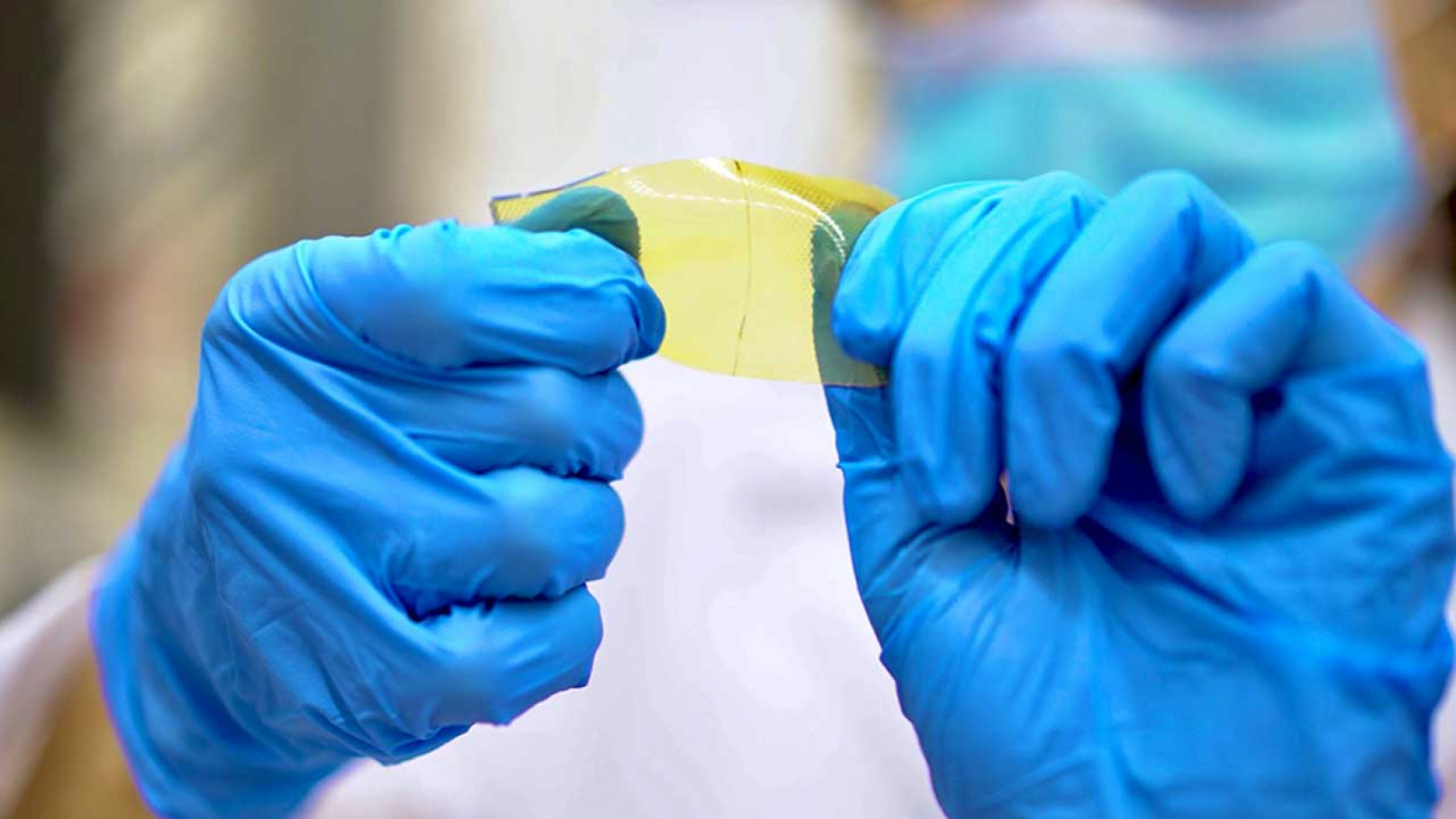 Building semiconductors, orthopedic implants, and hydrogen fuel cells are just a few of the potential uses of a polymer created in the lab of a materials science and scientific engineering team at the University of Illinois. This university scientific team created the Hindered Polyurea material two years ago. Still, the team of undergraduates recently discovered that its sacrificial properties give it added commercial appeal in addition to its self-healing qualities.

They call the new polymer a ‘Hindered’ polyurea because they put a different functional group to the existing urea chemistry to make it so. It’s this ‘hinderedness’ that makes it dynamic.

The team is now set to commercialize the technology, focusing first on the sacrificial properties of the polymer: the fact that the urea bond is stable at room temperature but vaporizes when heated to 150 degrees Celsius.

The technology is especially useful when you want to create empty channels inside of bulk materials. They realized the technology could solve many of the existing problems in fabrication.

In manufacturing semiconductors, for instance, there needs to be channeled within the circuitry. Using their technology, the semiconductor would be layered around the polymer then heated up, causing the Hindered Polyurea material to vaporize and leaving holes inside the semiconductor.

While a similar method is currently employed in this kind of fabrication, the common materials used, such as polystyrene or polycarbonate, need to be heated up to 400 degrees Celsius and leave behind a residue that can cause other complications.

This technology is not revolutionizing the concept, but it’s an evolution – the next step forward for getting the process to be cleaner and cheaper. The existing degradable materials need a higher temperature to vaporize, severely limiting what exterior materials you can use. You need a strong original base for other materials, but it’s much easier for their material.

Another application targeted for the technology is titanium orthopedic implants.

One issue doctors face is that if you make the artificial joint out of a solid block of titanium with welding edges and other imperfections from putting separate sections together, the body recognizes it as a foreign object and might reject it. If you make it porous, like a honeycomb structure, the osteoblast cells from your bone go inside the titanium material and incorporate it into the bone in a process called osseointegration. They start developing their structures within those pores.

Yet another application is the production of hydrogen fuel cells, which might be highly in demand for future power automobiles.

Channels within each fuel cell are needed to allow liquid to flow through convection cooling to lower the battery’s temperature.

Although the team focuses on sacrificial applications at the onset, the group certainly sees many future applications for Hindered Polyurea as a self-healing material, especially in structures that see a lot of fatigue and stress, such as bridges and fuel tanks.

A lot of self-healing materials need some catalyst to work. This groups technology self heals at room temperature. The traditional Polyurea material is very stable and strong, which is good, but there isn’t much dynamicity.

Hindered Polyurea is one of 18 finalists in the Cozad New Venture Challenge, sponsored by the University of Illinois Technology Entrepreneur Center. They will make their final pitches to judges as part of the Entrepreneurship Forum on April 28 at the Illini Union. The team is still in the material development stage, prototyping some empty channels and integrating them into some existing products. It uses Cozad to determine the niche market, narrow the specific target applications, and develop a business plan.

Cozad allowed them to find the right questions to ask. First, it narrowed down what research they needed to do from a commercialization perspective. Secondly, it allowed them to get their name out there.

So far, they have found this material to be cheaper, more efficient, and cleaner than other competitors. The difference in all three of those segments between their technology and existing materials is big enough that if they can get to a level of scale and market it, They think it would be adopted and would change many industries.