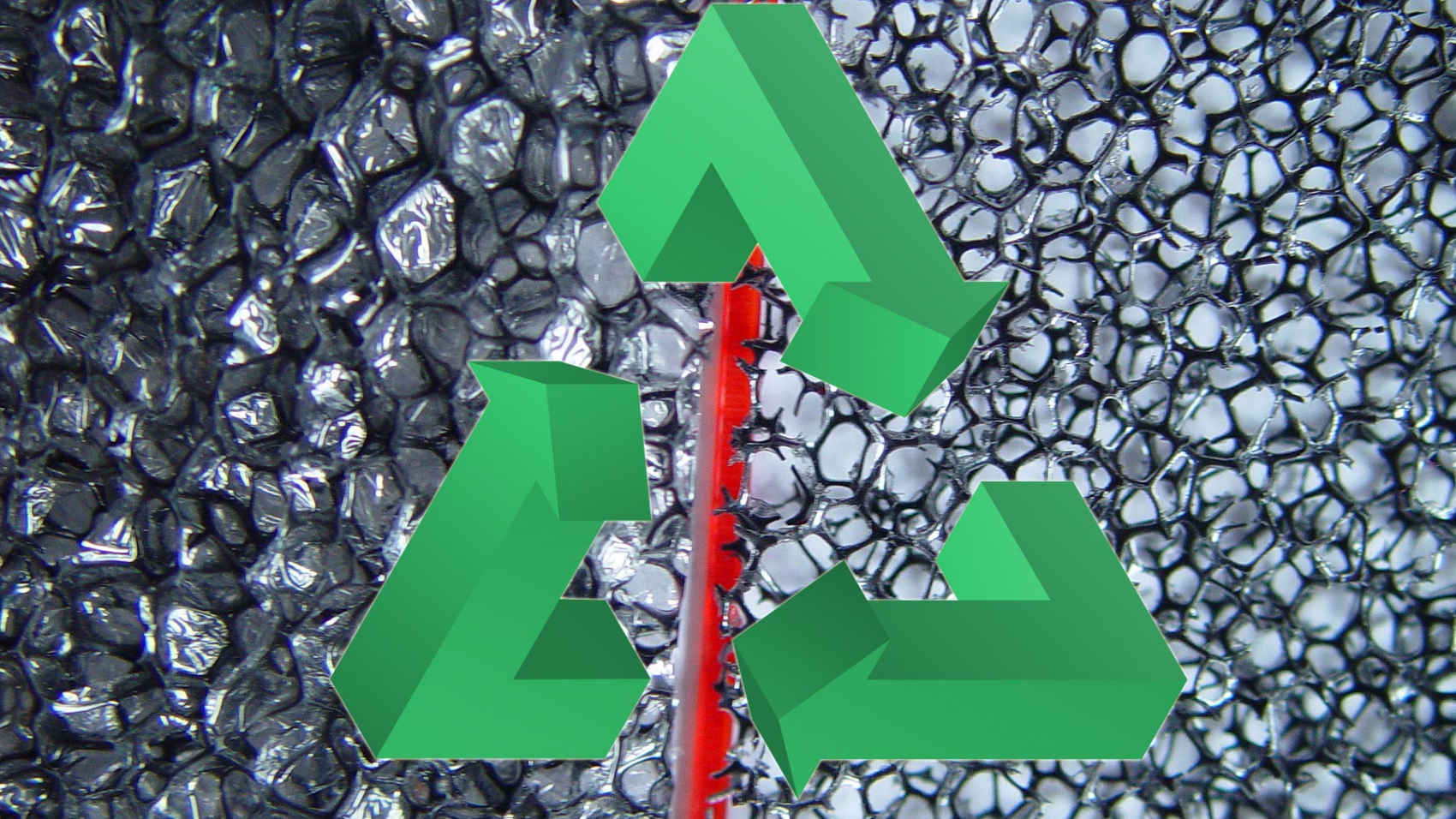 Polyurethane is utilized in a wide range of materials, including paints, foam mattresses, and insulation. These various applications produce large amounts of waste. A team at the University of Illinois has produced a method to break down polyurethane waste and turn it into other beneficial products.
The researchers will publish their findings at the American Chemical Society National Meeting and Exposition.
In the U.S. alone, 1.3 million tons of polyurethane waste is produced each year. The waste usually ends up in landfills or is burned, a process that requires a large energy input and creates toxic byproducts.
“We want to solve the waste problem by repurposing polyurethane,” said Ephraim Morado, a graduate student in the laboratory of chemistry professor Steven Zimmerman, who led the study.
Polyurethanes are made of two elements that are hard to break down: isocyanates, which are composed of nitrogen, carbon, and oxygen, and alcohol groups called polyols.
“The polyol is usually petroleum-based and is not degradable,” Morado said. The team combined a more easily degraded chemical unit to address this problem, an acetal, to the polyol. And because polyurethanes are water-resistant, the researchers developed an acetal unit that degrades in solvents other than water.
“When we add a combination of trichloroacetic acid and dichloromethane, the material swells and rapidly degrades at room temperature,” Morado said.
The degradation results that are formed can then be repurposed to new materials. For example, the researchers transformed elastomers—a type of polyurethane used in rubber bands, packaging, and car parts—into adhesive glue.
“One of the challenges with our method is that the starting material is costly,” Zimmerman said. “We are trying to find a safer, cheaper way to achieve this. Our second obstacle will be to get a patent and find someone interested in marketing it.”
The researchers are experimenting with the same technique on other polyurethane substances. They also hope to use milder solvents, such as vinegar, to carry out the degradation.
“The polyurethane materials have complex properties based on the chemical composition of the isocyanate,” Zimmerman said. “We can improve the structure of the acetal accordingly.”